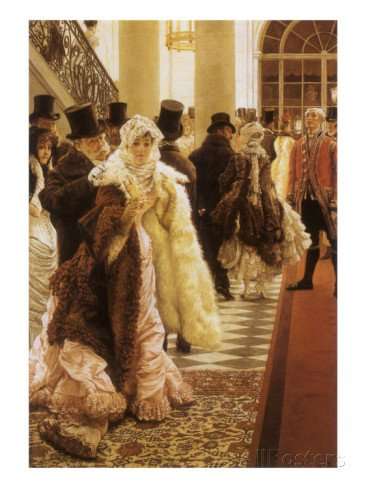 Eventually, the man becomes more demanding and quarrelsome, causing the mistress to leave in disgust. She travels to her father’s home to live, completely abandoning her lover. She reminds herself, there are other fish in the sea.

Lover-boy gets to missing her almost immediately, but he’s confident in his situation and believes she’ll return quickly. He waits and waits and waits, to no avail. Four months go by. Finally, his impatience has risen beyond comprehension and he decides a visit to her father’s house is appropriate and necessary. He’ll bring some gifts, new and luxurious garments, perhaps even diamonds or pearls. Maybe he’ll even swallow some of his pride and apologize. If all goes well, he’ll spend a couple days at her family’s home and convince her to return with him. Life will go on as it had before.

When Lover-boy arrives, her father greets him eagerly, affording him every courtesy … good food, plenty to drink, a comfortable bed … all the amenities … maybe even hoping if he treats Lover-boy well enough, the guy will make an “honest woman” out of his daughter. Pleased to see her man, the mistress also expresses her appreciation that he has come. She even agrees to return with him to his home. A few days go by as they enjoy the hospitality of her father’s home.

As they’re headed on their homeward trip, it soon becomes apparent they will have to find lodging for the night, so they turn into a nearby city, intent to find a room. They have sufficient supplies (food and drink) but hope they’ll be able to secure a roof over their heads. They wait at the town’s public square as the sun goes down. At long last, an old man sees them and urges them to stay at his place. He’s curiously adamant, telling them: “Don’t spend the night in the open square.” Glad for his offer, they follow him home.

I don’t want to spoil the ending for you, so I hope you’ll read the entire story yourself … here. What has been ‒ up to this point ‒ a typical man-and-his-mistress tale becomes, in short order, a terrifying and ghoulish narrative.

The first time I read this account, I know I thought of it as a horrific and peculiar tale of wicked people who embodied a wicked age. But as I have come to reconsider it more recently, I’m struck by its extendibility as a parable. Please allow me to explain.

Things that were once unthinkable in our culture have now become commonplace. Whereas societies once shared a set of common mores, we’re now surrounded by all sorts of alternative ‒ and (dare I say it?) aberrant ‒ behaviors. Children were once sheltered in the loving arms of a mother and a father. Now, these same children are set adrift in a fatherless ‒ or motherless ‒ or multi-adult caregiver situation where standards (if you can call them that) of behavior are as flamboyantly varied as hair colors.

Having role models for how to be a man? Or how to be a woman? How utterly 19th century! Having a mamma and a daddy who seek to epitomize selflessness and truth-telling and sacrificial love? Maybe occasionally, but those qualities are so confining! How does a person ever manage to individuate … if truthfulness or sacrifice isn’t his or her thing?

When I consider the entire tale of the man and his mistress, I’m struck that the “certain worthless fellows” described in the narrative clamored at first to have Lover-boy brought out for their savage gratification. But when the host refused and suggested instead to send out his own virgin daughter or the mistress, the worthless fellows didn’t just disperse in disappointment and go home. No! They willingly fell on the mistress as she was pushed out the door toward them and they “raped her and abused her all night until morning.” By morning, she was dead.

Self-gratification has no boundaries. It is like an Ebola virus wreaking havoc in the bloodstream of our culture. Each ethical and moral barrier that stands in the way of self-gratification must be brutally broken down, so say its adherents. Whereas the barrier was once chastity until marriage, fidelity thereafter, the self-grats lobbied for hook-ups, sex without consequences (purportedly) and marital vows be damned. Then it was the barrier of natural marriage, one woman and one man. Self-grats wanted what they wanted and that barrier is being rapidly pushed aside. Once natural marriage is consigned to the dustbin of history, can multi-partner marriage be far behind? Man-beast marriage? Adult-child?

The self-grats have their eyes on our children, now and for the foreseeable future. How many unborn babies have been aborted because they were inconvenient? How many children today are struggling to raise themselves because their parents are either physically absent or mentally and emotionally unwilling to be the grown-ups? How many children are witnessing lewd and salacious acts on television or modeled by an inattentive self-gratification-minded family member with whom they live … and then precociously acting out those behaviors? How many children get seduced (at all ages) and enslaved by the purveyors of porn? How many additional children are being used, abused, sold into sex slavery and otherwise treated as a piece of meat readily available for any adult’s self-gratification?

I think what disturbs me most is the tale’s description of dismemberment and the current parabolic dismemberment being endured by all the aforementioned children while the culture stands by in amazement, saying, “Nothing like this has ever happened before … ” Yet it’s happening again. Right now. Today.