Back in 1969, a group of students climbed aboard a chartered Trailways bus departing from northwest Arkansas and bound for Daytona Beach FL. It was Spring Break and there were nearly fifty of us who made the 19-hour trip … guys and gals eager to unwind from long hours devoted to our studies. Drinking in the pleasures of warm weather and the smell of a salt sea would be a blessed change of pace! 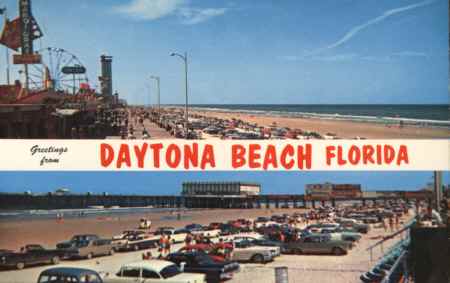 We weren’t a particularly rowdy group though we could get noisy and our zest for life often overstepped bounds. We knew how to enjoy life and pursue “good, clean fun.” On our adventure to the beach, we anticipated enjoying the atmosphere of a week-long fun-in-the-sun party … in the company of about 50,000-75,000 other students.

Women I knew in those days didn’t sit around and knit afghans, but the exhibitionism of the now-bankrupt Girls Gone Wild franchise would have failed to impress or interest us. There were no cell phones but even if there had been, any video captured would have been mild compared to the madness that’s regularly posted today to YouTube.

Bad behavior at Spring Break 1969 happened mostly due to excess alcohol consumption. (Drugs had yet to percolate into the Spring Break culture of Daytona.) Mischief was generally limited. We heard rumors of television sets being dropped seven stories to the sand. A few people were injured in traffic mishaps. 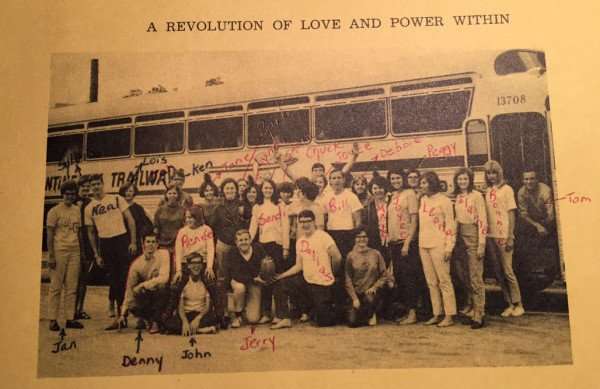 There were concerts in the bandshell, but even those were not highly commercial (from what I recall), just a gathering spot for crowds wanting to hear some music. (The image below shows a music performance that would have been from a later era, when corporate sponsors underwrote some concerts.) The shops, hotels and restaurants raked in most of the cash (though students in those days generally had a lot less cash than they do today) 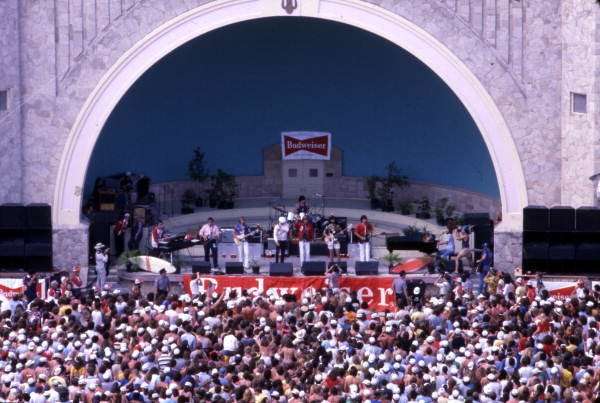 Familiar corporations weren’t yet paying attention to student gatherings as a marketing bonanza. If Coca-Cola had a noticeable presence on the beach in 1969, it was probably because a savvy local vendor had taken the initiative. MTV was still future. News coverage (if any) was mostly local.

In the 60s, Daytona Beach had begun competing with Fort Lauderdale FL for a share of the Spring Break influx; South Padre Island TX and Miami Beach FL had yet to become attractive alternatives. According to US News Travel, Daytona still scores high, coming in at #10 on their Best Spring Break Destinations list. With six of the “best” spots actually outside the continental US, Daytona’s rank is commendable. 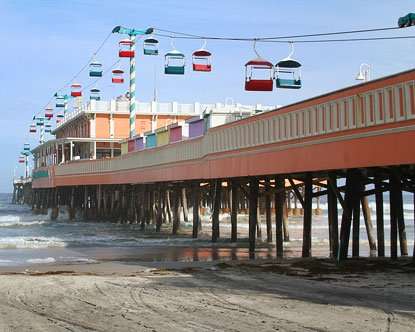 Our 1969 Daytona trip had been arranged by our university chapter of Campus Crusade for Christ (known today as Cru). In addition to having a great beach vacation, we were there for a purpose:  to share the Good News of Jesus Christ with people we expected to meet walking along the beaches. Simply talking with other students from across the country about their lives and experiences was interesting. Having the privilege of introducing some of them to our Lord was even better.

My Beloved and I were just getting to know each other back in 1969. (We’d been dating off and on for about two months prior to this trip.) Traveling to Daytona gave us an opportunity to spend extended time together in a variety of situations. We began to consider the possibility of spending our lives together.

We’ve returned to Florida occasionally since that 1969 trip. From time to time, I’ve thought about the potential for a walk-down-memory-lane-type of adventure where we could return to Daytona Beach during Spring Break and try our best to remember the details of 1969. But it’s a silly plan … bikinis? What can I say?! As for my Beloved … seeing all those girls wearing string bikinis (or less) would probably bring on a massive stroke! I think we’ll just stay home. It’s safer here.