Ownership. What exactly does that word mean? When you possess a title or deed to a piece of property and your name is on the line that indicates OWNER, doesn’t that mean you have the legal right to possess and control that property?

Be careful how you answer these questions … remember we’re living in a progressive age where words rarely mean what we think they mean. There’s a strange (and damaging) trend in our country today to redefine words or to completely ignore their common meaning. There’s also a growing inclination for “… every man [to do] what is right in his own eyes” (as Judges 17:6 describes it). Few examples are more helpful than this video to illustrate what’s happening.

After watching this video, your initial response might be similar to mine. This is Detroit. Things are slightly off-kilter there. Why should I be surprised if squatting is a common practice?

Then I did a simple online search and discovered squatters aren’t just a Detroit problem. Apparently, the situation got so bad in Great Britain that in September of 2012, the country ruled squatting to be a criminal offense if squatting on residential property (though it’s still okay to squat on commercial property). It’s also permissible to squat if you’re “a Gypsy or Traveller living on an unauthorized site.” Maybe I should check on having my Gypsy card renewed?

My simple online search garnered squatting stories in Maywood (IL), Palm Springs (CA), Atlanta (GA), Seattle (WA), and Queens (NY), among others. There’s even a story from Caracas (Venezuela) where squatters have lived in a half-built 52-story skyscraper for eight years and are now being slowly removed and relocated. Each of the stories referenced above has its own unique wrinkle with the common thread being a growing prevalence of so-called homelessness. (I’ve posted about this topic before.)

Coincidentally, there’s also a loose-knit group of ideologues who consider squatting a counter-cultural act, based in the notion they’re “reclaiming” properties that have been foreclosed on or vacated for extended periods. This group embraces the concept of adverse possession that supposedly justifies squatting.

In my ignorance, I had no idea squatting (in all its various expressions) had become so common! Thanks to journalist Charlie LeDuff, at least the Detroit squatter story has been brought to light in a meaningful way.

For me, the video was an eye-opener. The individual LeDuff interviews isn’t simply an admitted and unrepentant squatter but also a thief who has been “blessed” with electricity for this home … thanks to some creative wiring that hooks this house up to an adjoining piece of property! Who knows how many of the surrounding houses are similarly “blessed” by this creative wiring arrangement? Add to that the astounding admission by this individual that most of the other homes on this street were also being occupied by squatters!

Maybe it’s old-fashioned, but whatever happened to Benjamin Franklin’s principle of Honesty as the Best Policy? From the time I was a child, I remember so many stories about the honesty of George Washington (I cannot tell a lie) and Abraham Lincoln (Honest Abe) as well as the integrity epitomized by historical characters regularly taught in our school and Sunday School classes. 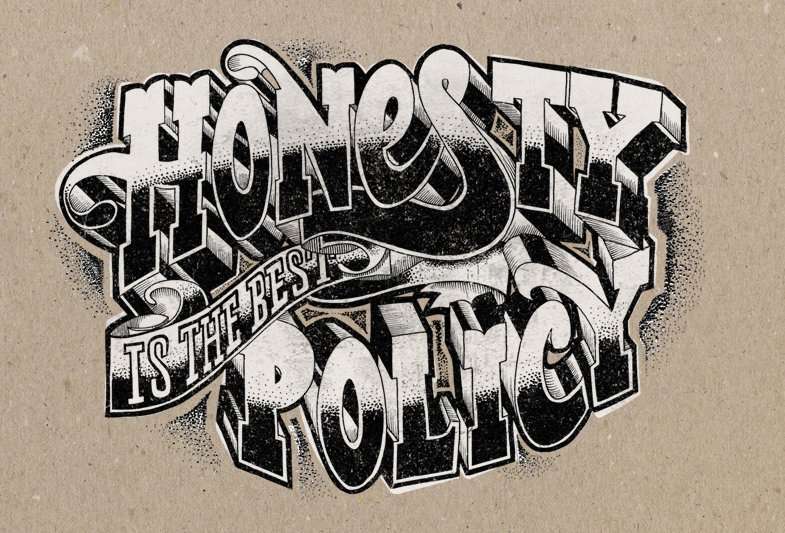 I also recall from childhood the demonstrations of personal integrity shown by members of my family. Whether it was restoring a piece of found property to its owner or paying back a generous and timely loan, family members modeled the importance of being honest and acting with integrity. Even when these family members were people of humble means, they would never have thought to take dishonest advantage of a situation. They’d never have considered another person’s possessions their own … under any circumstances. Accepting charity might have been necessary on occasion, but the prevailing principle was to recompense as soon and as fully as it was humanly possible to do!

Frankly, I can understand the frustration of the Detroit homeowner from the above video who discovered someone squatting in her home! I can’t imagine the hurdles one has to clear in order to regain possession of a property you already own but over which you’ve lost control! And honestly, it has nothing to do with being so “heartless” as to desire throwing someone out in the gutter! It’s property ownership plain and simple!

I can only speculate, but the question begs:  Is this squatting practice and the entitlement mentality reflected by it coming to a neighborhood near me … or you?