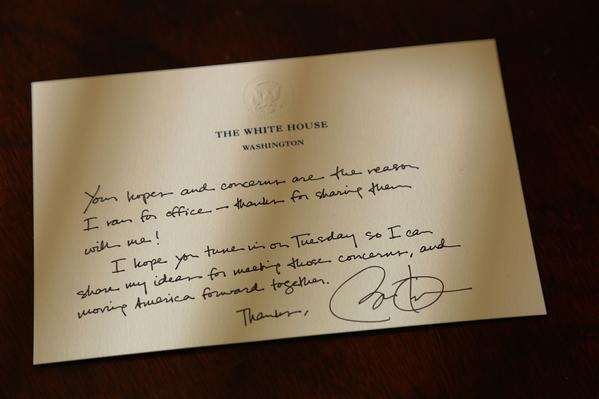 I actually feel a little guilty because I’m not tuning in. I mean, take a look at that personal invitation (above). He really wants me to take part, doncha’ know? Why else would he issue this fine invitation to more than 300 million of his closest friends?

Truth is, the image below is closer to summing up my thoughts on the matter: I’m so exhausted by all the lying! 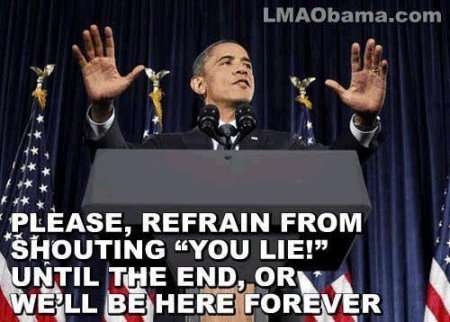 Let’s see, did I leave anything out? Probably a whole host of things, but you get the general gist.

Reading one inside-the-beltway writer today, he admitted the SOTU is a big deal for Washington insiders. Outside the beltway? Not so much. The writer characterized SOTU speeches as “a long speech preempting prime-time television for those still watching network prime-time television.”

Not surprisingly, few expect the speech to attract a decent audience. One writer on NBC posted under the following headline:  Obama’s State of the Union: Will Anyone Watch?

One of the silliest things that has become almost cliché for SOTU speeches is the gallery of people who are invited to attend as guests of the President. (No, I’m not just talking about this President … I’ve found this practice just as silly in the past.) I’m someone who doesn’t like to see people being used as pawns to further an agenda. Many of the people who are invited to sit with the First Lady are there as object lessons for one pet project or another. I think if I’d ever been invited to participate in such mindless rubbish, I’d not only say no, but H-E-double hockey sticks, No! I’m not willing to be a pawn.

As for me, I’d like to see us go back to the days when the President sent his comments to the Congress and that was the end of it!