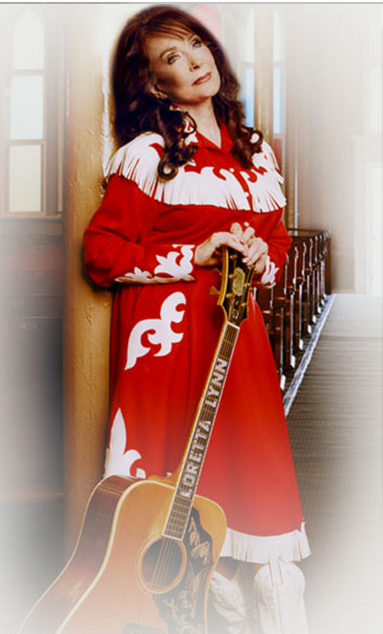 Like many fans of country music, I admire Loretta Lynn. Her talent, her drive to create beautiful music that is rooted in the heart and originates from honest experience, her refreshing humanity ‑ this total package commands our respect and regard.

This strange turn of events that has brought her to the public stage today is baffling!

Of course, I’m not referring to the ceremony a year ago where she was named a recipient of the Presidential Medal of Freedom. Certainly, that was a fitting award for her accomplishments, well-earned recognition and praise from the President.

I’m confident Loretta Lynn would be among the first to answer a call for help from our US President. She would respond affirmatively to most any task he believed she could fill. She’d be pleased to step into a position he suggested. She’d eagerly give it the best old college try she could muster. I mean this is a woman who penned a second tome, capturing the story of her life (beyond The Coal Miner’s Daughter era) in a volume titled Still Woman Enough which was released after her seventieth birthday.

In many respects, Loretta Lynn is a highly qualified individual, if only based in her wealth of personal experience! She likely knows the ins and outs of music contracts and book contracts and royalty splits, plus she’s traveled far and wide, performing before crowds that have numbered into the millions. Mothering five children and burying two during her lifetime would definitely qualify her for a multitude of sensitive tasks. However, I tend to think she’s left matters of the law to experts who were looking out for her interests. [What is it they say about lawyers? A lawyer who represents himself has a fool for a client.]

Let’s stipulate:  Loretta Lynn is a living country music legend of outstanding caliber, but please! Launching a new career path at the age of 82? You’d think she’d be eager to cut back, slow down, enjoy her grandchildren. But … and I know I need to tread lightly here … come on! Loretta Lynn never even started law school, much less finish! No matter how much well-deserved admiration the American public feels for her, no matter the high regard the President of the United States feels for her, it isn’t enough!

Yes, I understand the President suffered stinging defeats on Election Day. Yes, I know he’s been called upon to adopt a more conciliatory attitude with the opposition party. Yes, bringing forward nominations that prove he’s thinking outside the box are commendable actions. Yes, yes, yes … but …!

Might we all take a step backward to acknowledge Loretta Lynn’s unique qualifications and talents probably aren’t the most appropriate fit for a cabinet-level post like Attorney General of the United States?

… Excuse me? What’s that you say? The President hasn’t nominated Loretta Lynn … but Loretta Lynch for Attorney General? Oops.