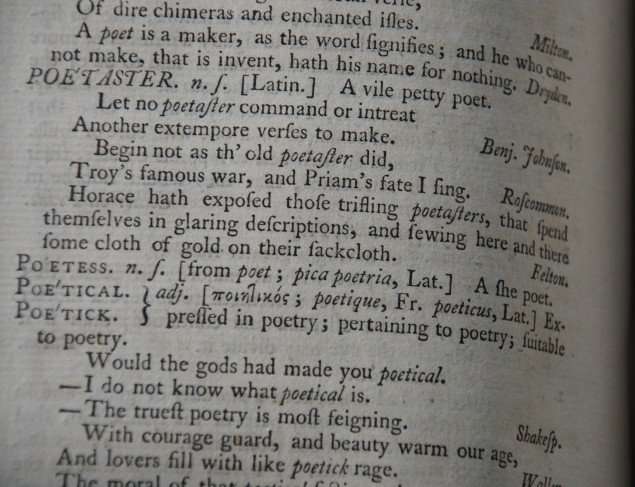 A Poetaster is simply “an inferior poet, a writer of indifferent verse.” There’s some latitude in the word I think. A Poetaster might be someone who fancies himself (or herself) a fine poet because of a perceived ability to witness flowery and inane rhetoric flowing from his or her pen. By definition, what flows from a poetaster‘s pen is insipid, even foolish. Hence, my personal mnemonic, explained in the first paragraph.

The word poetaster was first used by dramatist and poet Ben Jonson (1572-1637), and eventually became a title for his 1601 play. The image above provides an early reference for the word.

I ran across the word today in a post by Professor Anthony Esolen at CrisisMagazine.com. (I’ve referred previously to Prof. Esolen in this space, citing one of his excellent books.) In his Crisis Magazine post, Esolen used a delightful play on words, attaching the word supreme as a modifier to poetaster in describing Supreme Court Justice Anthony Kennedy.

First, Esolen refers to Kennedy’s 1992 majority opinion in Planned Parenthood vs. Casey, an abortion case. Then, Professor Esolen transitions to the Obergfell vs. Hodges decision delivered last Friday. With eloquence, he contrasts the two decisions and explains why he believes (as I do) that the two opinions (both written by Kennedy) reflect a faltering versifier who states so much that isn’t true … and whose rhetoric is terribly mistaken!

In one of my posts from June 17, 2015, I also quoted Justice Kennedy’s assertion about liberty’s purported meaning being “the right to define …” Kennedy’s phraseology is grand and sounds so egalitarian, but it’s hogwash! 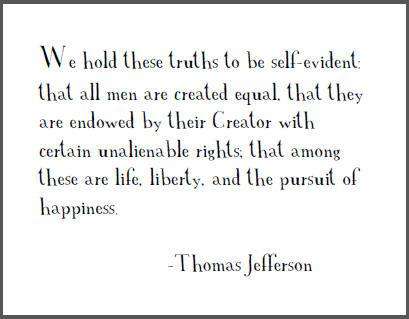 I observe in the June 17 post what the Magna Carta spelled out for us: Liberty doesn’t come from the monarch, nor does it come from a civil government. The inalienable (unalienable) rights mentioned in our nation’s Declaration of Independence acknowledge Life, Liberty and the Pursuit of Happiness are endowed by our Creator.

Esolen’s piece is definitely worth reading. He points out that Kennedy’s understanding of human dignity is as skewed as is his perception of liberty being the right to define. The professor offers some cogent examples to make a case that one’s dignity isn’t derived from outside causes; dignity is inherent and “springs from the reality of the human person, created in the image and likeness of God.” 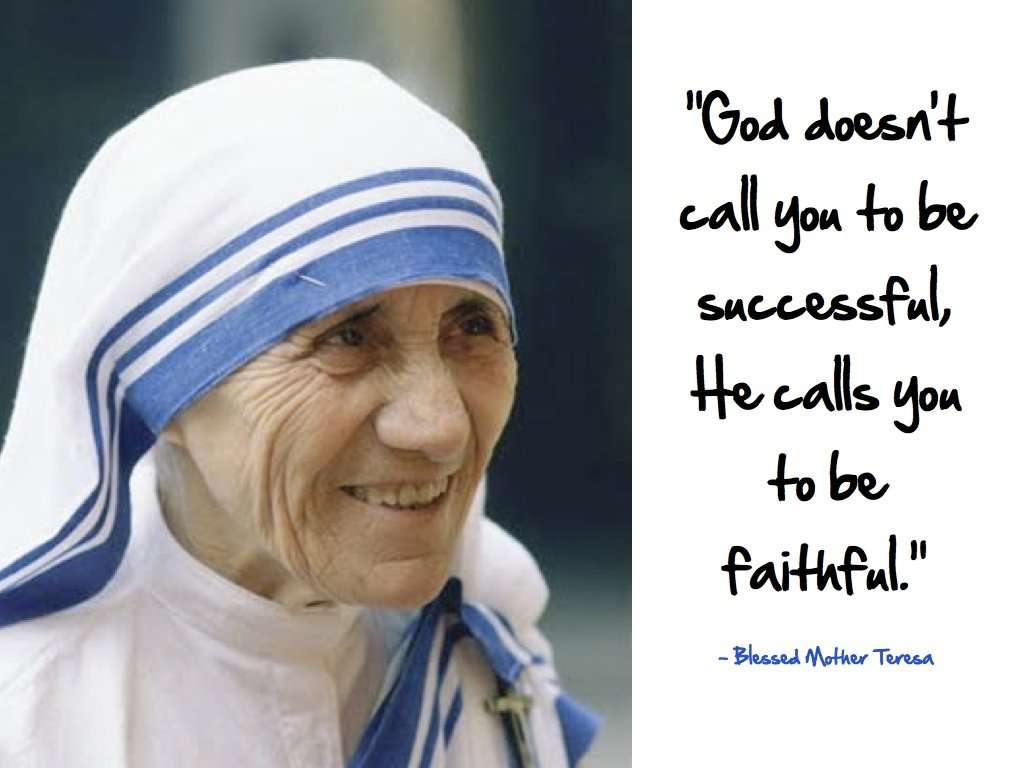 Perform a Google search of the word dignity and look at the images that result. Our culture has accepted the notion that dignity is somehow bestowed upon us by others, and conversely, lost because of the negative opinions of others. No, no, no! Dignity is not self-worth or self-perception.

One example should suffice. Mother Teresa (1910-1997), a Roman Catholic missionary, served a great deal of her life ministering to the poorest of the poor in Calcutta (India). The conditions in which she worked were humbling and unpleasant but she comported herself with quiet dignity … because she understood she was created in the image and likeness of God.

In the poetry that is our lives, let us not be poetasters – poetic disasters who fail to grasp the meaning of words – but let us strive to be master poets, impelled by the Logos, the Master of words (and poetry in its most elegant form).