Given the founding of the private corporation SpaceX in 2002, an organization whose stated mission is “to enable the colonization of Mars,” space travel to Mars has taken on early 21st-century currency. In May 2020, SpaceX was the first private company (i.e. non-governmental) to send humans to the International Space Station. END_OF_DOCUMENT_TOKEN_TO_BE_REPLACED

A recent television show, titled Forever, offered the intriguing tale of a man who experiences a kind of immortality. He’s a couple hundred years old and if he dies or is killed, he returns. The premise had promise but earlier this month, after just one season Forever was cancelled. (I suppose when it comes to episodic television, there’s no such thing as Forever … unless it’s Law & Order.)

From the moment we’re born, it seems we consider ourselves invincible. It’s in our nature to view the world through what I would call forever eyes. As I’ve noted before on this blog, C. S. Lewis explained it this way:  “… we were made for another world.” Because we were made for another world, our eyes want to envision forever, our fingertips ache to touch forever, our hearts long to connect with forever. Each of these impulses is innate.

END_OF_DOCUMENT_TOKEN_TO_BE_REPLACED

I did note the Best Supporting Actor award earned by J. K. Simmons, the recent face of Farmers Insurance commercials. (I suppose it goes without saying, his price per ad will be going up, right?) I also took a gander at the gowns this morning and watched Lady Gaga perform the Sound of Music medley, as well as the Vine video of Common appearing to ignore (diss, some suggested) Oprah. All in all, the twenty minutes I spent was preferable over the extended live production. END_OF_DOCUMENT_TOKEN_TO_BE_REPLACED

Today is a day for sober reflection. No matter how often I interact with people from all walks of life who are suffering through various challenges in life, the question invariably crops up:  Why? and just as often, Why, God?

It’s an understandable question, almost as natural to our humanity as breathing. In some respects (no matter our age), we are like three-year-olds investigating a complex world we’d like to understand. Asking Why? is our common standard that (hopefully) leads us to understanding.

Why is the sky blue? Why do dogs let their tongues hang? Why do I need cash when you have a credit card? These are the kinds of questions children tend to ask, but in our own way, we adults express an identical inquisitiveness, though we often do so with guarded sophistication … for fear of being perceived as ignorant.

END_OF_DOCUMENT_TOKEN_TO_BE_REPLACED

Life is warfare. At least that’s how Job looks at it in Job, Chapter 7. He’s embattled. He perceives that the forces of the Universe have arrayed against him, one small and insignificant human being. I think the Blake image below is an evocative piece. Job so clearly turns his bewildered eyes heavenward, his palms empty and outward, and seems to beseech (in the vernacular) WTF?!

No question Job’s situation is uncomfortable, certainly justifying both anger and bitterness. He feels life pressing in on him, like a slave whose monotonous lot is looking forward to another week’s ending when he receives wages for his work (verses 1-2). Job’s situation is further complicated because he suffers sleepless nights (verse 4) and the boils on his flesh are oozing maggots (verse 5). In sum, he is without hope (verse 6). END_OF_DOCUMENT_TOKEN_TO_BE_REPLACED

Life’s a pathway of longings. When we’re young, we long to grow up … to reach driving age, drinking age, voting age. Once those milestones are achieved, other longings become prominent. We long for a specific job offer, for our team to win, for an upcoming vacation trip, for that just-purchased lottery ticket to hit big, for the mortgage to be paid off, for retirement. We long to become parents and when that stage of life sometimes feels overlong, we long to launch those loved offspring into full independence. (We long for them to make their own pathways.) 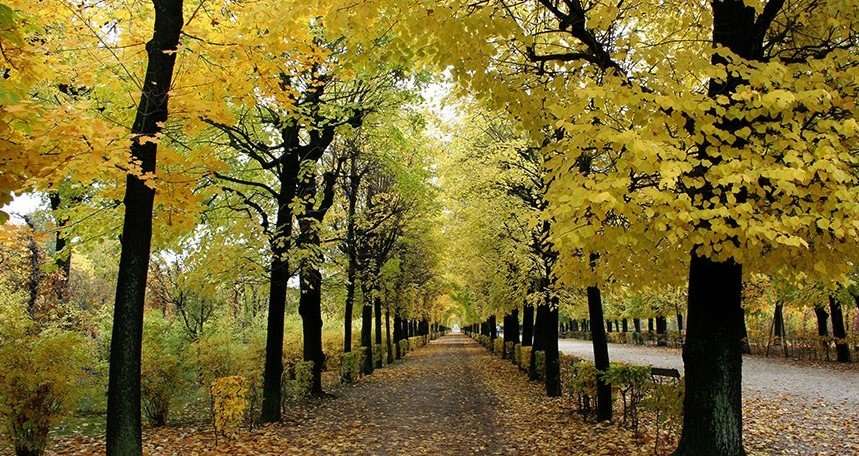 On the subject of longings, I’ve posted about them before (here, here, here). C. S. Lewis most notably described this human concept as the inconsolable longing and he used the German term sehnsucht. I agree with Lewis about the aptness of this term which connotes wistful longing. Many years before I read and re-read Lewis, I understood inconsolable longing experientially. END_OF_DOCUMENT_TOKEN_TO_BE_REPLACED 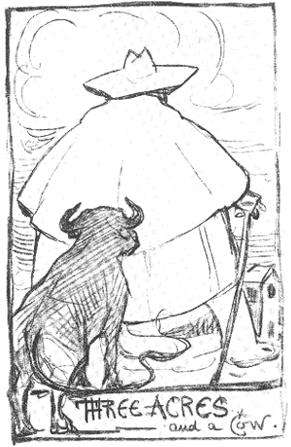 The self-portrait at right, Three Acres and a Cow, provides a hint of Chesterton’s great wit. A large man at 6 feet 4 inches and almost 300 pounds, Chesterton acknowledged his girth and borrowed this slogan to describe himself, though it was initially coined to describe the desirable size for an individual citizen’s sustainable land holdings. In another example of Chesterton’s self-deprecation, during World War I, a woman queried why he wasn’t “out at the Front” and he replied, “If you go round to the side, you will see that I am.” END_OF_DOCUMENT_TOKEN_TO_BE_REPLACED

In his book The Problem of Pain, C. S. Lewis points out:  “… the proper good of a creature is to surrender itself to its Creator.” In Job Chapter 3, this act of surrender is part of Job’s challenge. I think it’s safe to say Job was no different than me (or you?) in that he didn’t particularly enjoy suffering. However, because we’re the creatures, surrendering ourselves to the Creator’s intent may be a proper good, the right thing to do, the means through which creative objects derive their meaning … but this surrender isn’t always an easy thing for us!

There’s an interesting dynamic in the Book of Job. Reading the text today provides us with the exact situation … the back-story (if you will) to which Job himself wasn’t privy. We know from Chapters 1 and 2 that Job’s suffering transpires because of a heavenly conversation between Almighty God and Satan. Satan has requested permission from God to torment and cruelly sift Job in order to demonstrate that Job’s faith is worthless under heavy pressure. Satan thinks he can prove Job’s a man of fair-weather faith.

Job doesn’t know any of this. All he knows is his life has suddenly gone terribly wrong. He’s suffered huge material losses, the annihilation of his family and finally, the destruction of his physical health. Summing up his life, all Job really knows is:  Life sucks! END_OF_DOCUMENT_TOKEN_TO_BE_REPLACED