“It is good to be children sometimes, and never better than at Christmas,
when its Mighty Founder was a child Himself.” — Charles Dickens

Christmas is such a special time for me. (I acknowledge I’m not alone in loving this time of year, but you might say I’m inextricably attached to the Day … it’s when I was born.) No matter how old I am, Christmas always brings me back to childhood.

When the calendar turns to December, I’m often reminded of two writers. The first is Charles Dickens, whose novella A Christmas Carol is a perennial favorite that brought the author monetary success and literary kudos. A reading of this classic Christmas tale demonstrates the warm affection Dickens had for one of his characters, the child named Tim, crippled son of Bob Cratchit. 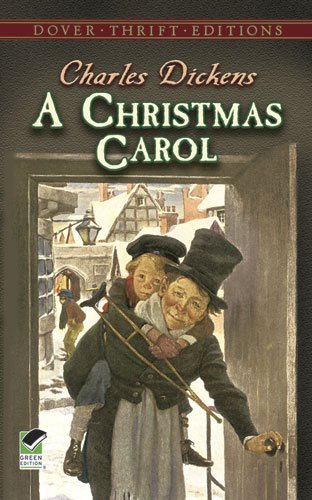 The second writer who stirs my thoughts during the Christmas season is Henry Wadsworth Longfellow. In his time, Longfellow was an immensely popular literary and highly-regarded figure. Unfortunately, the Romantic era during which he wrote began to wane as themes of nature and beauty were deemed unfashionable as the so-called Realism era gained ascendance. I have a coffee-table book from 1965 that says:  “… no American poet is known in as many American homes as Longfellow.” That may have been true in 1965; I have my doubts it is still true today.

Longfellow’s lyrical style enabled his poetry to be easily set to music, and of course, music is a significant component of many Christmas celebrations. Generally lumped into the category Christmas Carols, these seasonal pieces certainly bring to mind the “Mighty Founder” of Christmas to whom Dickens referred, but Christmas recollections do not exclusively evoke the Holy Child.

As a poet who lived from 1807 to 1882, Longfellow experienced a different world from ours today, yet there were also striking parallels to 21st Century America. One of Longfellow’s most memorable poems (for me) rose out of tragic circumstances and the grief he endured.

Originally titled “Christmas Bells,” I Heard The Bells on Christmas Day may not be considered among Longfellow’s best works, but the 1864 poem keenly expresses Longfellow’s deep personal despair (having yet to recover from his wife’s death in 1861 and concern for a son badly wounded in war). He also echoes the sense of universal despair that still gripped the Country in Civil War.

This is a poem of contrasts:  there’s a brazen denunciation of evil, but the final stanza turns the work into an anthem of hope. The poet summons a chorus of Christmas bells, then mocks the “wild and sweet” with a refrain that daringly repeats “peace on earth, good will to men.”

It’s tempting to give in to despair. Following his wife’s death, Longfellow spent several years paralyzed with sorrow and lacking any incentive to write. Whether he managed to find the inner strength to view Christmas again through the eyes of childhood, who can say for sure? However, in his poem The Poet’s Calendar, written in 1882, he repeats an earlier theme in the last two lines:  “My songs are carols sung at every shrine, Proclaiming ‘Peace on earth, good will to men.'”

Here’s a musical rendition of I Heard The Bells on Christmas Day performed by Casting Crowns. I think it’s outstanding. I’ve included the lyrics below for your reading enjoyment as well.

I heard the bells on Christmas Day
Their old familiar carols play,
And wild and sweet
The words repeat
Of peace on earth, good-will to men!

And thought how, as the day had come,
The belfries of all Christendom
Had rolled along
The unbroken song
Of peace on earth, good-will to men!

Till, ringing, singing on its way,
The world revolved from night to day,
A voice, a chime
A chant sublime
Of peace on earth, good-will to men!

Then from each black accursed mouth
The cannon thundered in the South,
And with the sound
The carols drowned
Of peace on earth, good-will to men!

It was as if an earthquake rent
The hearth-stones of a continent,
And made forlorn
The households born
Of peace on earth, good-will to men!

Then pealed the bells more loud and deep:
“God is not dead; nor doth he sleep!
The Wrong shall fail,
The Right prevail,
With peace on earth, good-will to men!”

Henry Wadsworth Longfellow is said to have once observed “Music is the universal language of mankind.” Author J. K. Rowling (in her book Harry Potter and the Sorcerer’s Stone), speaking through her character Dumbledore, says it’s “a magic beyond all we do here.”

Music and poetry share some of the same rich and universal qualities. My recent post Music: Best Gift Ever quotes the last four lines from Sidney Lanier’s lengthy poem The Symphony. The four lines from Lanier’s work were my inspiration for a poem about music that is reproduced below.