As the first couple seasons progressed, I found the emphasis on celebrities less interesting but I kept watching … though by the third season (after which NBC cancelled the show), I had tuned out. Yes, I was disappointed. I think my interest might have continued with stories of everyday people hoping to solve the mysteries of their ancestry. As it was, there seemed to be a focus on trips to faraway and exotic places where the research was already completed and all the celebrity had to do was show up and look amazed. END_OF_DOCUMENT_TOKEN_TO_BE_REPLACED

Back in the early 80s when my house seemed to overflow with small children, I participated in a writer’s group. It was valuable experience, as well as a welcome diversion from some of my mundane household tasks. (This was before we began educating our children at home; with that transition, any focus on writing − out of necessity − was shuffled to the periphery.)

This group met once a month. At the start, we were small enough to gather around a kitchen table sharing and critiquing our latest compositions (sometimes poetry, sometimes prose). We studied a variety of poetic forms, discussed key elements of good fiction and non-fiction, and fine-tuned projects for future publication. Members recommended useful resources, essential tools and possible markets. We laughed (and sometimes cried) together, celebrating achievements and commiserating whenever the rejection letters arrived, as they so often did.

Anyone who’s been involved in a worthwhile writer’s group knows the value of having other writers critique your work. If it’s a sensible writer’s group, the criticism will be measured and merciful, never unkind. Not only will you receive honest and helpful pointers; the process toughens your literary skin. Writers need a strong hide to keep the discouragement at bay, because even the best writers are known to collect rejection letters.

One of the invaluable tools regularly mentioned during our meetings was the incisive work of William Strunk, Jr. and E. B. White, The Elements of Style. This volume is surprisingly taut; my yellowed copy (pictured) runs a slender 92 pages. If you’re not familiar with this book, I’ve linked the Wikipedia entry. And if you’re a writer who doesn’t know this work, shame on you! Buy it! Read it and then read it again yearly!

For my specific writer’s group, the Omit needless words dictum (rule #17) was oft-repeated and the just basis for many a critique. Seared into our brains, this rule helped make us better editors of our own compositions. Yes, we nagged each other with it, but the application of this principle was mostly undeniable!

Ha! All these years later, my Twitter profile − with lighthearted affection − scorns Strunk & White as “amateurs.” What did they know? In the case of social media (with Twitter designed around 140 characters), whole words become extravagant! Tweets lend themselves to the shortest of shorthand. Omitting needless words? That’s so yesterday!

I’m a fairly late convert to the wonders of Twitter, and for a time, I worried it was a huge time-waster, another distraction in the long line of distractions. Posting regular tweets does take time and attention, no question. Depending on the tweeters you’ve chosen to follow, the interaction can be enlightening, entertaining, maddening, inspiring, etc. 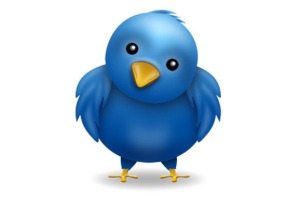 However, for the intentional writer, Twitter demands precise language (at least if your goal is to actually communicate − and that should be the goal of every writer). Precise language is what we strive to achieve; what better training than the rigor of distilling your thoughts into 140 characters or less? The instant feedback usually reveals whether or not you’ve communicated.

Economy of characters is the ultimate challenge to sharpen a writer’s skill. You’re probably not going to compose a novel on Twitter though I suppose you could if you were patient enough to portion it out in 140 character bites. Decent (and often dreadful) poetry appears on Twitter. The medium is open to multiple forms and you’re free to experiment.

By no means abandon your other writing projects! But take a flight through the Twitter-verse. I think you’ll agree the sustained effort enhances your writing ability as well as honing your writing instincts. Tweet! Tweet!