With all the crazy things going on in the world, I feel like today is a good day for playfulness.

Back in the days when my little ones were young and always underfoot, I tended to write a lot of silly poems. It was a distraction, an exercise where I contemplated the ridiculous and found ways to incorporate absurd ideas into verse.

[Actually, I have to acknowledge I write my share of silly poems today. I guess just because I’m older now doesn’t mean I’ve sworn off the silly stuff completely.]

When I open up my file archives, though, silly poems seem to abound. Here’s a poem from my era of childrearing. Suffice it to say, this isn’t a poem of serious import, nor grand insight … simply me attempting (lo, those many years ago) to consider life from a child’s perspective. 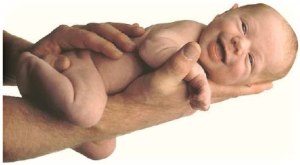 Few things are as beautiful as a laughing baby. Parents work tirelessly to bring a smile to their infant’s face. When the first laugh occurs, it’s no less a miracle! That first smile and subsequent laughter is like magic, causing us to love the little ones even more than we ever thought possible!

Humorist Mark Twain offered some sage comments on laughter, one of which says:

“Laughter which cannot be suppressed is catching. Sooner or later it washes away our defenses, and undermines our dignity, and we join in it − ashamed of our weakness, and embittered against the cause of its exposure, but no matter, we have to join in, there is no help for it.”

Most of us, sometime in our lives, have experienced what he’s talking about. I recall one time before my husband and I were married when we were sitting in a full movie theater just as the dramatic climax played on the screen. Suddenly, we could not suppress our laughter and viewers sitting around us became incensed!

Overall, I’m not as concerned about dignity as Mark Twain seems to be (as reflected by this quote). More than one doctor or psychologist or parent has been heard to repeat this dictum:  Laughter is the best medicine. It’s been a long time since I’ve read the comics section of a newspaper, but I recall a one-panel comic that was titled Laughter is the Best Medicine. (Apparently, the cartoon is still around but I haven’t looked in the newspaper to confirm it.)

As I’ve said before in this space, I enjoy playing with words. The sonnet below is an example of my play. Don’t you agree that a word like cachinnation ought to be in a poem? This consonant-heavy word shouldn’t be left just to languish in the dictionary!

The trick, of course, for using cachinnation in a poem is to include it in a way that doesn’t seem contrived. (What do you think? Have I managed?) Whatever you think, above all … Laugh On!