My eldest grandson went to college today. He drove himself to the campus (about 30 miles away) but, uncertain the school would permit him to stay, he left all his belongings here at our home where he’s lived this past year. 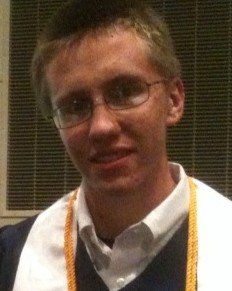 A recent Eagle Scout, he earned two academic scholarships and will assume a student loan, but those won’t be enough to cover his expenses. The financial aid people suggested his parents could obtain an additional loan (to cover the difference), but because he’s “on his own” that loan is impossible. This boy, transitioning to manhood, is learning one of the hard lessons of adulthood:  finances can be a tricky thing.

He told us he believes God wants him at this university and he’s stepping forward in faith God will provide the funds. He’s animated, excited and energized, eager for the new challenges he sees before him.

He’s also subdued (scared, in fact) by the prospect it could all be yanked out of his grasp if the finances aren’t forthcoming and the school decides not to work with him on it. (He’s already committed to working 30 hours a week while he’s attending school, plus they’ve signed him up for a school work/study program.)

His parents think he lacks self-discipline and is immature. (I don’t condemn them; parents are often myopic in assessing their offspring.) His stepfather thought he’d learn maturity if he joined the Army, and that was the expectation. Rejecting his stepfather’s wishes, our grandson made a last-minute decision to pursue college. The distance between stepfather and stepson has surely increased because of it.

Self-disciplined? Mature? Are those common character qualities for today’s 18 year olds? He’s a bookish young man, somewhat awkward socially, and tends to prefer blending in wherever and whenever possible. Unlike many teens, he’s never been a troublemaker. (How many grandparents or parents can say that about their teens?!) Still, for as long as he can remember, this young man has experienced family incongruities my four children (thankfully) were spared. He’s been navigating waters God never meant for a child to wade through, and developed an optimistic outlook despite his circumstances!

I think he’s gutsy. His relationship with God is going to be stretched and thrive, as he learns he must trust God for the as-yet-unknown outcome. I have no doubt he is on the road to self-discipline and maturity. It won’t come overnight, and I expect there may be occasional missteps. I have great admiration for him and know he will become the outstanding man God wants him to be.

2 thoughts on “TCO: Stepping Into a New World”