For those unfamiliar with C. S. Lewis and/or The Screwtape Letters, I’ll offer a brief recap. Lewis, born Clive Staples Lewis, is a 20th century author and university professor who died in 1963. In recent years, his books have become more widely read, particularly his fantasy series The Chronicles of Narnia from which a couple movies resulted. 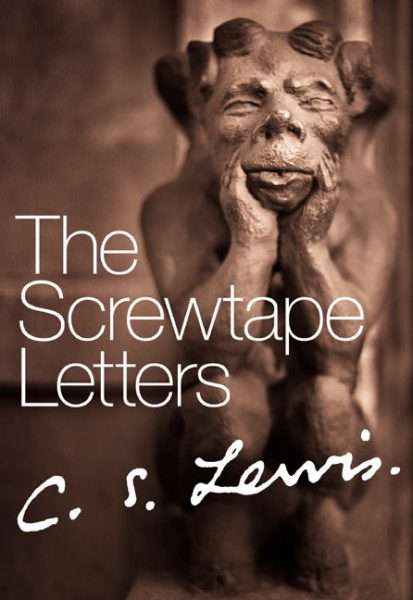 Lewis is one of my favorite authors. I’ve posted about him or referred to him numerous times on this blog. (Here, here, and most recently here.) The Screwtape Letters is a satire, one of Lewis’s earlier works, the idea sprouting in mid-1940.

The letters were initially published as weekly pieces in a now-defunct journal and later on, compiled in book form. In the book, Screwtape is a senior devil corresponding with his nephew, Wormwood, a junior-level devil/tempter. Screwtape provides pointers on ways to steer Wormwood’s “patient” away from belief in the Enemy (Almighty God) toward reliance on Our Father Below (Satan).

Over the last month, I’ve been re-reading Screwtape. I began to think through Screwtape’s letters and how easily they might transform to sonnets. (My one-track mind couldn’t resist!) With 31 letters, the challenge seemed fairly comparable to my Sonnets on Job, so I launched this new project.

Almost immediately, Screwtape began messing with my head:  Seriously, Renée, another book of sonnets no one’s going to read? Why do you bother? Poetry is so unfashionable today! Find a hobby that matters! On and one he went. And I didn’t really have any answers … except to reply I’m enjoying myself immensely!

C. S. Lewis used two quotes in the epigraph (first page after the dedication page) to The Screwtape Letters. He quotes Martin Luther and Sir Thomas More. The image to left shows those quotes. (Sorry the text is slightly wavy; when I take photos, I’m usually in a hurry!)

Essentially, both Luther and More asserted we should approach the devil with jocularity and disdain, especially because this evil spirit doesn’t like being mocked. Of course, we should be sober as well, acknowledging that the Devil is (along with his minions) real. We should never forget that! But we have no reason to fear him. Those of us who have trusted Jesus Christ for salvation are in no danger from demons. Jesus tells us in Matthew 10:28 “do not be afraid of those who can kill the body but are unable to kill the soul; but rather fear Him who is able to destroy both soul and body in Hell.” Such a great promise!

So I’ve been working through The Screwtape Letters writing sonnets. I started with the epigraph because it’s always good to be reminded we have no reason to fear the spirit world. In fact, as Luther and More note, the best response to the “prowde spirit” (More’s words) is to mock him. I’m posting my initial sonnet expanding on Luther’s observations.

As I work through Screwtape’s correspondence (and pen my responses), from time to time I’ll be sharing these sonnets. And whether the sonnets are liked or not, I have a built-in excuse on who should take the blame:  the devil made me do it!

2 thoughts on “The Devil Made Me Do It!”