When God speaks, He offers sublime clarity. Through thirty-seven chapters in The Book of Job, readers witness the multi-faceted drama. Initially, there’s a heavenly conversation taking place between Almighty God and Satan.

There’s also an ongoing earthly conversation between the suffering Job and his three comforters. Add to that the upstart monologue of Elihu as he belatedly chips in his two cents. And throughout the book, there’s Job’s handwringing challenge directed at a seemingly silent, unfeeling Creator. With his multiplicity of complaints, Job has thrown down the gauntlet, daring God to respond!

Beginning with Chapter 38, God does speak. Out of the storm (or whirlwind), God addresses Job directly. The chapter is majestic and sumptuous, rhetorical morsels lavishly served on a fine porcelain plate.

Job has challenged God to act as his worthy opponent in court, demanding God answer the numerous charges Job has raised against Him. God’s long-awaited response is clear and unequivocal. If human beings think of God at all, we tend to think of Him punishing us, meting out retribution. This isn’t the picture reflected in Job 38. God’s words to Job are measured and specific. There’s no malice or anger.

My words are small and insignificant compared to the actual text. If you must choose between this post and the chapter, I urge you to read the latter. As I read and re-read the passage and meditated on the wealth contained within, I knew writing one fourteen-line sonnet could never do justice to noble words straight from God’s mouth.

Eventually, I settled on three sonnets, my humble celebration of the triune God who is there and is not silent (a phrase I’ve borrowed from the title of Francis Schaeffer’s thoughtful 1972 book about God). Herewith, the first sonnet focused on verses one through eleven. 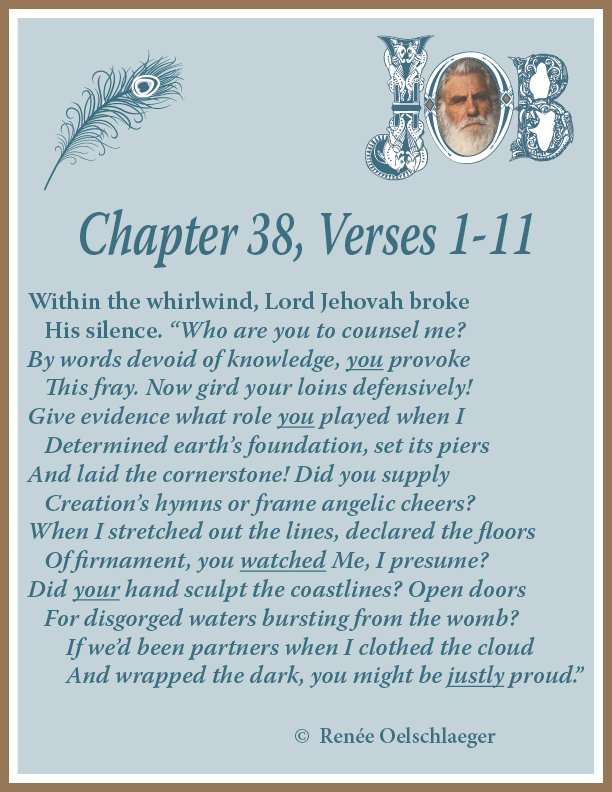 The second sonnet, focused on verses twelve through twenty-four. 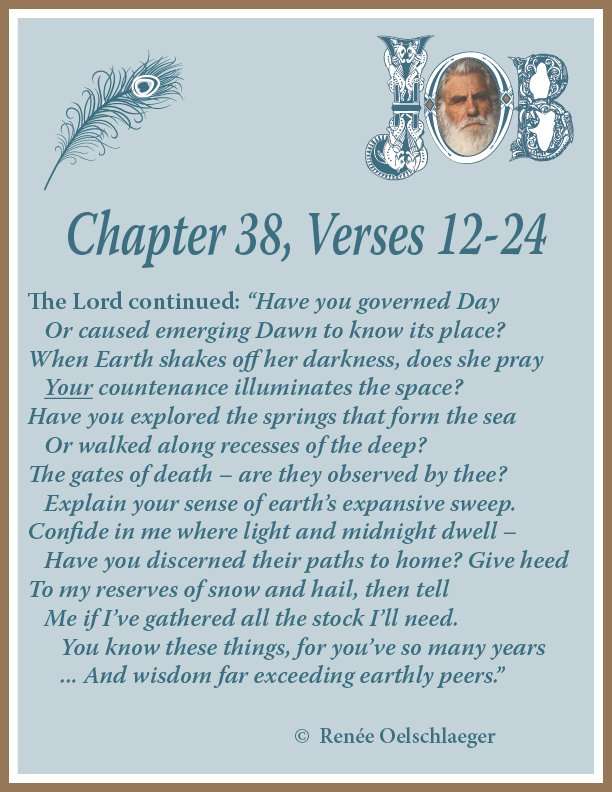 The third sonnet, focused on verses twenty-five through forty-one. 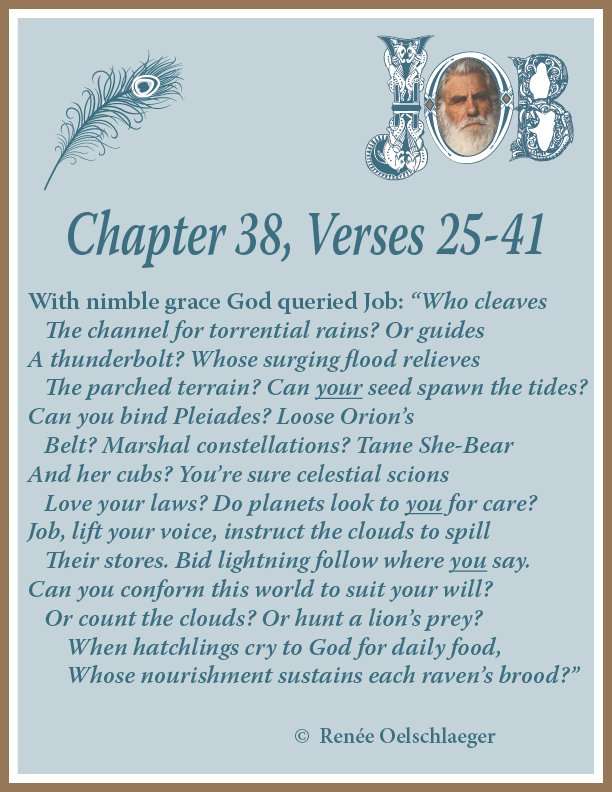 2 thoughts on “The End of Silence”