When I was about twelve years old, I remember my first overnight slumber party with friends. Before that occasion, I’d never spent the night with anyone outside my family. When my younger siblings were born, my brothers and I stayed with our cousins, but we were familiar with their house, feeling like it was simply an extension of our own home. 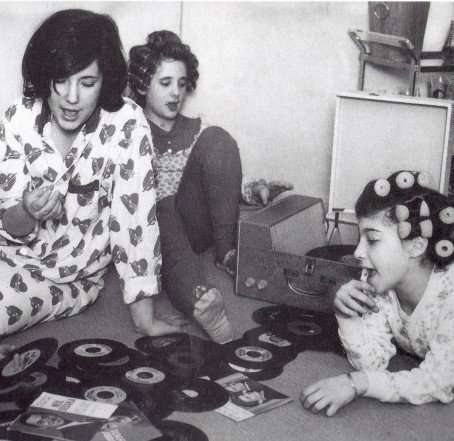 It’s been a long time since that first “official” sleepover, but that event has stuck in my mind all these years. There were six to eight of my girlfriends in attendance, lots of squealing and giggles, hairbrushes and combs in use, most of the girls clad in baby-doll pajamas, and plenty of stuffed animals and pillows flying through the air as we playfully teased and interacted.

Almost as soon as the night had begun, though, I made a personal (and private) decision that this overnight party would be my last for the foreseeable future. One thing I remember caused me significant discomfort was my friend’s mother who made a point of walking through the house wearing only her panties and bra. Despite my familiarity with my own personal undergarments, I found it disconcerting (and inappropriate) for this grown woman to be so casual in the presence of strangers in spite of (and perhaps mostly because of) our tender ages.

Yes, yes, I know … such occurrences may be the “norm” today. And I’m grateful my friend’s father wasn’t lounging about in his underwear! For me, this was simply an unnecessary display (TMI). Because I knew my parents to be scrupulous and discreet adults, I presumed all parents were like them. Boy, did I have a lot to learn!

Getting back to the sleepover itself, we played games, listened to records, probably gossiped about girls who weren’t there, and discussed the boys we thought were “cute.” We devoured lots of popcorn and chips, drank from bottles of Coca-Cola, and imagined what it might be like if Johnny Crawford or Paul Peterson suddenly rang the front doorbell. (Squeal!!)

In all our activity, I feel like one thing that would never have crossed our imaginations would be to plot the demise of one of our friends! And yet, this is the very thing two 12-year-old Waukesha, WI girls did. Not only did they hatch a plot, they carried through on their plan, stabbing a school classmate nineteen times!

I’m not going to repeat the grisly details of their crime here. If you’re inclined to do so, read the links I’ve provided above or search for any of the multiple other web accounts that cover this horrific story.

Evil … it is rampant in our midst … and it is infecting children at ever-younger ages.

The sonnet below represents my way of processing such a despicable crime. The poem isn’t nice or pretty − evil never is. But like the most aggressive cancer known to mankind, this corruption is rampaging through the ranks of our young. May God have mercy on us all.