In His Sermon on the Mount (Matthew 5) Jesus said, “A city that is set on a hill cannot be hid.” Invoking the image of a city on a hill in a 1630 sermon to the Puritans (while they were aboard ship bound for Massachusetts), Governor John Winthrop explained his view of A Model of Christian Charity. Winthrop called on the people assembled to “follow the counsel of Micah” (from Micah 6:8) by doing justly, loving mercy and walking humbly with our God. 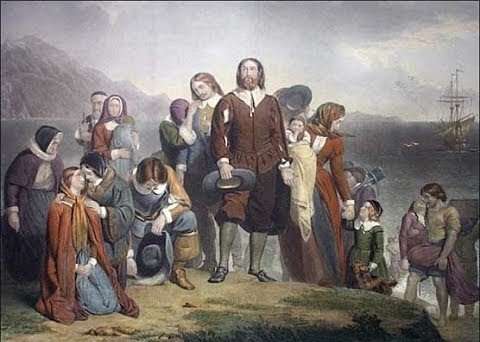 The image of a city on a hill represented Winthrop’s vision of what the new country could mean in contrast to the outside world. If the people were faithful, if they followed God’s leading, if they worked with one purpose and lived peacefully with each other. This vision was shared by many of these brave men and women who crossed a sea and launched into the unknown. The compact to which they pledged was grounded in Christian principles.

Unfortunately, Winthrop’s vision has suffered over almost 400 years so that people today suggest we’ve just been fed a bowlful of malarky, we’ve swallowed the lies of a previous age, we’ve rewritten history to whitewash all the despicable parts off the map. It’s this kind of thinking that caused a dust-up (between myself and a commenter) today over at the See, there’s this thing called biology blog. I decided it was worth explaining here my belief that Western Civilization has an “arguably better record” (a phrase I used in my comments over there and one that was deemed objectionable).

This won’t be an exhaustive treatise here. Nor will it be a ringing endorsement for every single thing that’s been done in the name of Western Civilization. I made the point on the other blog that speaking of our appreciation for Western Civilization should never be construed to mean a blanket endorsement of all that has gone on in the centuries from (as thetruthstrangerthanfiction commenter suggested) the ancient Greeks forward.

Here’s what it means to me. Western Civilization (yes, as the image-bearer of a city on a hill) was grounded in Judeo-Christian principles. A core value was their high view of human life, because man is made in God’s image. Linked to this, they declared that all men were created equal and endowed by our Creator with certain unalienable rights. Sure, they messed things up because all men wasn’t all-inclusive. But building a nation on these principles (equality, unalienable rights, etc.) was radically different from other places around the globe.

List the ills that have been perpetrated in the name of Western Civilization. Wring your hands, flagellate yourself ten times a day, every day, about this nightmare called Western Civilization. Decimation of the Indians? Humiliation of the Black race? Institutional biases of race, sex and any other perceived hate? “Endless wars for fallacious reasons?” The enjoyment of our higher standard of living because some think we’ve subjugated (and thus abused) the rest of the world? Blatant imperialist agenda of the US? Do I need to go on?

Okay. Once you’ve wrung your hands, flagellated yourself, whined and bemoaned what a terrible thing is Western Civilization and specifically, the US, what exactly has been accomplished? May I respectfully submit … NOTHING!!

For anyone wishing to be contentious, I am not Western Civilization. Nor am I the United States of America. I’m not even my state of Arkansas, nor my county, city, street. I represent one person only, me. But acknowledging that I am one person, I know there are many others on my street, in my city, county, etc., who are just like me. Adding us all up, we still don’t represent every human in the state or country and certainly not all of Western Civilization! But … and this is a significant but … all of us together are part of that shining city on a hill, and proudly so. 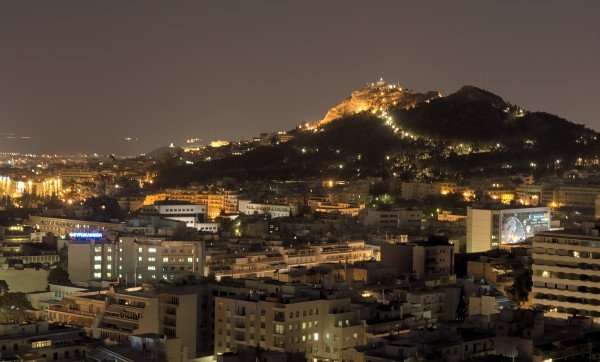 Yes, I am a member of Western Civilization, but I am not my government … and never was. Worse still, the government doesn’t heed my desires. Truth be told, I don’t think my government epitomizes the vision of a city on a hill. It hasn’t for some time. But those people on my street, in my town, etc. Yes, they embody the vision Jesus and Governor Winthrop (and later Ronald Reagan) embraced, a city on a hill that shines abroad its beacon of hope and freedom and humanity and personal dignity.

And speaking on behalf of this company of individuals, I don’t know a one of them who decimated the Indians or humiliated Blacks. Whatever their possible biases, those biases are not representative of the whole. Some of that company have been soldiers and some have even fought overseas, but to paint with the broad brush that they were willing parties to “endless wars for fallacious reasons” is an abhorrent evil! Shame on you for even suggesting it!

But let’s return to this company of individuals, Westerners, yes, who are flagrantly enjoying the higher standard of living afforded in the US. You know what? I hope not one of them is ashamed. I know I’m not. Perhaps we could make the world happier by lowering the US standard of living so all peoples across the globe suffer at the same level? That’s absolute rubbish! One of the brightest shining points about that city on the hill is its ability to act as a beacon for all the other cities who can strive harder, reach higher and hope to become like that city on a hill. That’s the vision of Western Civilization – to shine the light of hope everywhere!

Early in the Civil War, President Abraham Lincoln delivered his first inaugural address and appealed to his audience to consider the “better angels of our nature” in order to maintain the nation’s bonds that were frayed and fraying. Like Lincoln in 1861 (the nation was splitting, Americans were taking up arms against each other, and the future looked dim), we can refuse to focus on the wrongs. We can appeal to the better angels of our nature and consider the good and wonderful things this city on a hill has done. They are many and they are worthy. Don’t let anyone tell you differently!

12 thoughts on “The Oft-Tarnished City on a Hill”