Remember back in the good old days when the Geocentric Model of the universe was the authoritative view? (Of course, you don’t remember those days, nor do I … I’m old but not that old!) History tells us geocentrism was the accepted model from about 150 AD when astronomer/mathematician Ptolemy developed this view to explain the Earth being the stationary center of the universe around which the known planets and Sun revolved. This concept remained the predominant view until the 15th century.

Look closely at the image above to understand what was considered “true” for centuries. When men like Galileo (1564-1642) began to question conventional wisdom, they faced opposition and vilification. As the “father of modern science,” Galileo’s advocacy of a heliocentric model (the Sun as center) positioned him in direct conflict with religious authorities. His books were banned, he was accused of heresy and forced to recant his views. For many years he lived under house arrest.

The idea of a geocentric universe seems laughable to those of us looking back from our 21st century perspective. From our earliest school-days, we’re taught the planets (including Earth) revolve around the Sun on an elliptical path. How silly those early scientists were to have thought otherwise! — But that could never happen today, right?

First, a necessary disclaimer:  I have no science credentials, not a one. I am, however, a keen observer of our world so when I read (or hear) bold statements about science being “settled” (whether it’s climate change or another similar proposition), I am aghast at these pronouncements, some of which are uttered by scientists. I have come to understand something about this Boys Club and their arrogance. Frankly, they bear a strong resemblance to Galileo’s tormenters … with a similar approach to the “science” they claim is “settled.“ 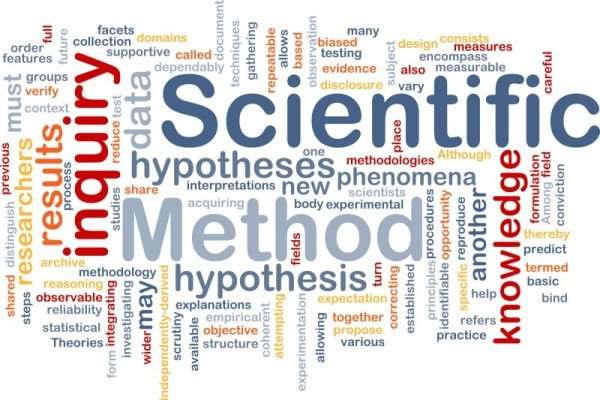 Settled Science Scientific Method Technique 1:  Ridicule
Just as in Galileo’s day, today’s cheerleaders of “settled science” are never shy about ridiculing the “non-believers.” If you don’t line up with their views on “climate change,” you must certainly be some kind of Neanderthal stone-ager … or one of those dangerous flat-earthers, members of the religious right.

Consider the title of a March 1 editorial in The Washington Post:  Sen. Inhofe Embarrasses the GOP and the US. Allow me to summarize the tenor of this shameful piece. Inhofe is a doofus who uses theatrics (in this case, a snowball) and is guilty of “ascientific thinking.” [I could not find ascientific in the dictionary but the context seems to indicate unscientific was their intent.)

The editorial also implies the establishment GOP should remove this know-nothing embarrassment from their leadership ranks. No suggestions about having Inhofe drawn and quartered (nor taken under immediate house arrest), but I suppose the Post depends on the establishment GOP for appropriately penalizing the Senator. How embarrassing to have this Senator in their caucus!

Settled Science Scientific Method Technique 2:  Peer-Shaming
Closely related to the first technique, this goes a bit further, attempting to shame “non-believers” (re:  climate change) that if they don’t believe, they’re simply dunderheads because there is “scientific consensus” on the point! The link provides a pie chart and from its analysis of over 2,000 peer-reviewed publications indicates:  “… just one author rejected global warming.” Really? By chance was the dissenter’s name Galileo? Furthermore, if you’re a scientist who wishes to publish, how likely is it you’d ever (as in EVER!) write anything that goes against the tide of what you already know to be scientific consensus? Remember Galileo? 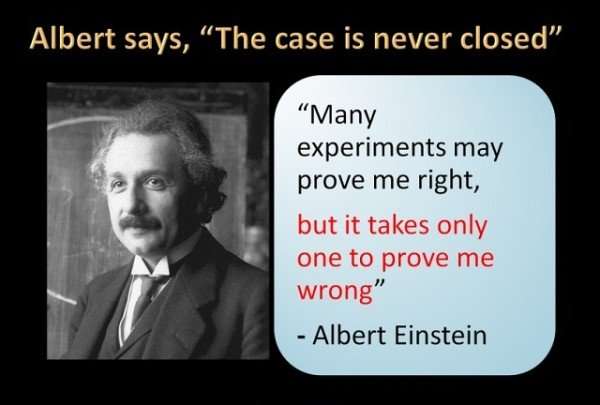 Settled Science Scientific Method Technique 2:  Intimidation
Smart professionals closely guard their reputations. Even the slightest hint of scandal or accusation can have lifelong ramifications (just ask Galileo). A recent letter from Arizona’s Rep. Raul Grijalva questions the research and funding of seven scientists (university professors all) who have yet to align themselves to the Obama Doctrine on climate change. The Congressman’s letter is clear … one of the scientists termed this query “a witch hunt.”

In today’s scientific climate (may I use that word?), if you want funding, you’d better be sure to stand in lockstep with the people (and governments) holding the purse-strings. Otherwise, they can make your future very difficult.

Settled Science Scientific Method Technique 2:  Denial and Unrelenting Attacks
There are always going to be outliers, people who simply refuse to conform. In typical Alinsky fashion, these are people who must be attacked repeatedly! Every statement they make requires rebuttal. Leading scientist Steven E. Koonin writes an article saying, “The idea that ‘Climate science is settled’” is a “misguided” claim. He’s a leading scientist … he has bonafides.

His article must be immediately pooh-poohed. Steven Kluger cedes Koonin’s credentials, but goes on to attack Koonin for ticking off “the usual right-wing talking points.” Tut-tut-tut, Koonin. Your scientific credentials have now become suspect because of your shameful, non-conforming tick-off.

As for Kluger, he does the Roman Inquisition proud by cutting out the religious arbiter middle-man. Perhaps Galileo should be relieved … it took 350 years for the Roman Catholic church to acknowledge the wrong done to him. If he’d had to endure today’s doctrinaire “settled science” zealots, parts of his writings might never see the light of day! The “science” of “settled science” today is as rigidly unscientific (ascientific?) as in Galileo’s day. God help us all.

4 thoughts on “The Science of Settled Science”