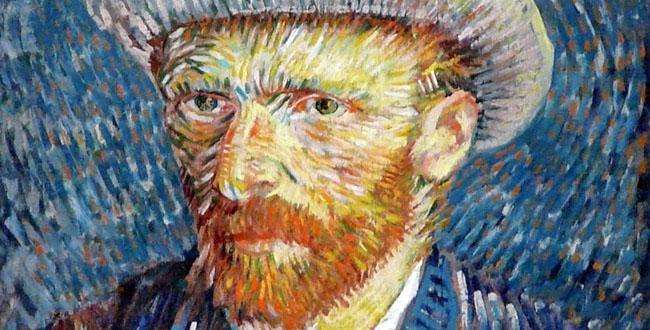 The movie description talks about Van Gogh as the “archetypical tortured artistic genius.” This is not an appealing description (as I see it). Whenever the idea of a “tortured artistic genius” is suggested, I tend to assume the individual so described is likely a petulant child who’s never been taught to restrain him or herself. Though I very much appreciate talented artists, it seems to me they may get tagged with the adjective “tortured” so as to make their life stories more sensational.

Yes, I knew Van Gogh suffered from mental instability and cut off his ear and died young. From the movie, I suppose I must have known (but had forgotten) in his twenties he worked as a missionary and expressed interest in entering pastoral ministry. Considering this aspect of Van Gogh’s life, I wanted to know more … and how delighted I was to see online the compilation of letters between Vincent and his brother Theo!

These letters are an unexpected treasure! From September of 1872 until July 1890 (months before Vincent’s death), the letters relate (at some length) the very personal correspondence between two brothers as well as other artist friends of the duo. While I have yet to read all the letters (hundreds), they reveal in depth the concerns and interactions Vincent had with his extended family, including Theo’s monetary gifts to support Vincent and interesting notes about how Vincent viewed the intersection of his faith and his art.

For instance, in letter 155 Vincent talks about loving deeply as a means of deepening his faith in God and pursuing “unshakeable faith.” He cites Rembrandt’s work as an example of art leading to God. In a statement that seems to sum up Van Gogh’s artistic desire, he says:  “Try to understand the last word of what the great artists, the serious masters, say in their masterpieces; there will be God in it. Someone has written or said it in a book, someone in a painting.”

One of the more personal things I discovered through reading these letters related to his love for a widow woman by the name of Kee Vos. The mother of a young son and herself three years widowed, Kee’s maiden name was Stricker (my maiden name). In 1881 (letter 179), Vincent wrote brother Theo declaring his love for Kee, though he also admits she has refused his proposal of marriage. Letter 180 provides a window into Vincent’s love for Kee as he insists “With all my mind, she and no other!” He is adamant that he must win her.

Of course no one knows how different Van Gogh’s life might have been if he’d married Kee Vos. Suffice to say, the match was ill-fated and Van Gogh teetered on the edge of madness for the remainder of his short life (though in contradiction to his once-declared singleminded passion for Kee, he had other lovers before he died).

Many years ago when my Beloved and I lived in Dallas, we made regular visits to the public library and made use of their framed prints of the masters. The works were loaned out for a three-week period I think, and we’d proudly carry one home to display above the mantel of our rented home.

The library had several of Van Gogh’s works (reproductions) and we always enjoyed the temporary grandeur associated with such displays of art. The sunflower picture shown above was one of our favorites. Humble home, blessed with a touch of the Master.