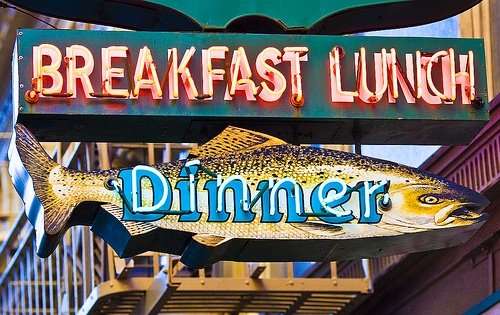 Quoting from historian Abigail Carroll’s book about the origination of American meal routines, the Mother Jones post notes the settlers’ fascination “with tribes’ eating patterns” and remarks that Europeans actually enjoyed watching “Native Americans eat ‘as a form of entertainment.’”

Having now read the Mother Jones post, I have to admit, I’ve been re-evaluating my daily meal schedule. Honestly, who wants to be a racist? (Of course, that’s a silly question if you’re an OU frat boy and there’s viral video of your indiscretion.) But for those of us who try to keep a somewhat lower profile, I’m having a great deal of difficulty justifying my daily three squares regimen.

In recognition of the seminal observations author Abigail Carroll’s book has brought to light, I’d like to extend her conclusions. If indeed we are to be consistent and rethink additional areas of our lives that innocently counter her thesis, we must go further!

First item:  Cotton.
Understanding the desperate conditions in which generations of slaves picked cotton and whose blood and toil were the foundation for a culture built on their backs, which of us could possibly justify wearing cotton for another moment in our lives?

Sure, it’s comfortable, easy-care, etc., but it’s a contrary symbol (if you will) of the oppressive system that once held an entire region of the country in its grip. No more cotton!

Second item:  Corn.
As most of us were taught in grade school, in addition to the grazing patterns of the Native Americans (referenced above), these early tribes introduced New England settlers to their maize production.

Certainly, in the years since those earliest New Englanders learned their survival techniques from native tribes, corn has become a phenomenally important staple in this country!

Alas! How can we countenance use of a product that is one more symbol of the oppression and insensitivities we’ve practically institutionalized towards the Native American population! We took their land and their scalps, we sent them off to reservations and quieted their objections with numerous barrels of firewater (whiskey). Have we no hearts, no conscience?

Continuing to produce untold quantities of corn chips, taco chips, tortillas, tamales, cornstarch, varieties of corn syrup? We should be ashamed of ourselves. Even beer and some bourbon whiskey are sometimes made with maize.

Popcorn at the movies? Really, you’re going to need to pass … if you don’t want to be accused of veiled racist tendencies. The corn (ethanol) you pour into your gas tank? That’s a no-no too. Even the traditional “corn maze” that draws families out every fall for an evening of what we used to consider harmless entertainment … a thing of the past – if you’re really a committed pro-science, non-racist! 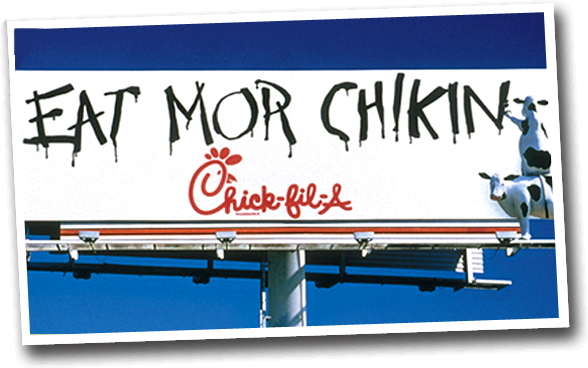 Third item:  Chicken.
I know you’re wondering where I’m going with this one. No, it’s not an issue of black oppression or Native American oppression. (I had to stick with my pattern of things beginning with “C,” so work with me on this one!)

When I read today that Chick-fil-A is preparing to open a location at Herald Square in New York City, I figured the distant cousins of the Native American’s favorite herds – the bison – would appreciate an assist in their efforts to convince the world to “Eat Mor Chikin.“

Here, instead of swearing off a product, I’m suggesting you’d be able to demonstrate your solidarity with the Native American people by this positive step. Seriously, it’s the least we can do for the bison-cousins, right?

However, when you “Eat Mor Chikin,” try to go during the off-hours … or you might find yourself accused of being anti-science or racist. Horrors!

4 thoughts on “Three Squares and We’re There”