This contrast of two seasons by Vincent causes me to wonder what life experiences brought her to express (vehemently) such different views. I haven’t been able to determine when either poem was originally written. She began composing poetry when she was quite young and published poems while still a teen.

Given Vincent’s reputation as a sonneteer, I’ve been drawn to study her work off and on over the years. Though God’s World is a fourteen-line poem, it should not be classified a sonnet. Nonetheless, the form used in this poem provides (in my view) an appealing visual image on the page. I like it when a poem sounds pleasurable to the ear but is also visually attractive. I adopted Vincent’s pattern in my own poems. (Here’s an early composition posted in 2013.)

After re-reading God’s World as a young adult, I composed a tribute poem, my own expression of delight over her original poem. Having referred to her earlier this week, I decided to dust off that tribute (yes, I spiffed it up a bit) to post today. 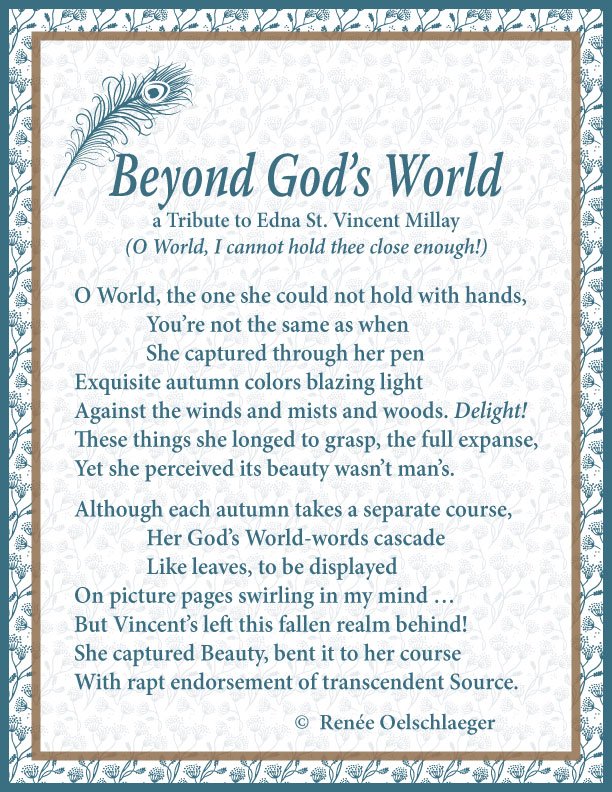 2 thoughts on “Too Beautiful To Hold”