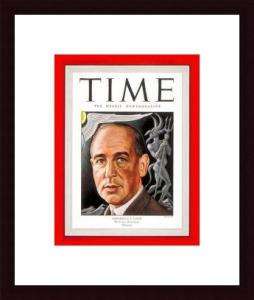 The car radio was on that night. In between all the news flashes and updates, telling and retelling the details of the JFK assassination, a single report mentioned the death of Cambridge Professor C. S. Lewis. No one else in the car took notice … I mean, Lewis being a Brit, how would most Americans weigh his death against the sudden loss of our charismatic President?

But I noticed and quietly grieved.

In the years since, I’ve enjoyed so much more of Lewis’ oeuvre. I’d hardly consider myself an “expert,” but through his writings, he has become a treasured friend.

Several years ago, I left town to visit my mom. My family seized the opportunity to redo my living room (as a surprise Christmas gift). They brought in new furniture, repainted the beige walls a lovely soft green and hung on the walls framed Pauline Baynes drawings from The Chronicles of Narnia.

Upon my return, I was stunned by the transformation and delighted with the end result! (When we moved last year to another home, we repeated the motif here.) The room continues to be a special place of peaceful retreat for me.

Many years ago, I declared my dream was to produce the next “Great American Novel.” Today, I would find satisfaction in a more modest goal:  writing with the clarity, simplicity and imagination contained in the works of Clive Staples Lewis. Enough said.

3 thoughts on “Tribute to Lewis”