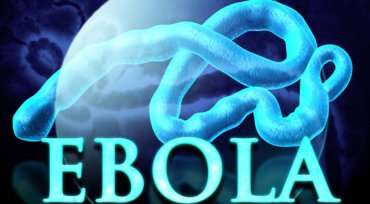 Like most people who are touched by the suffering of others, this situation has definitely caused me to reflect about the brevity of life and what’s really important. I have friends and family living in various places around the world, and my concern for them has definitely increased. I’m also concerned about my elderly mother and mother-in-law. Because my mother-in-law lives in a facility with more than 100 others, in the event the virus spreads, I know her exposure would escalate. My mother requires regular blood screenings at her local hospital, and that could also increase exposure.

A decade ago, when I was doing some family history research, I came across an unfamiliar name listed in the 1910 census record for my grandfather and his father. I was later able to cross-reference the name, Catherine Shepherd West, with a newspaper obituary to ascertain she had died in the 1918 Influenza Epidemic!  Except for those two records, we’d never have known my granddad had a sister!

I’m not a scientist. I don’t have any clue about the specific arc of the Ebola virus. I know because of news reports that it’s been terribly deadly in outbreaks on the African continent. My ears are tuned to reports on radio and television, and my eyes likewise focus in on news reports that mention the disease. From those reports, I’ve seen suggestions of death rates around 70%. Others suggest this would be the fatality rate in African countries but not necessarily in the US.

I’m not a hand-wringer either. I look at the potential for exposure and I think about measures to limit exposure, which is a reasonable plan. However, I’m not fearful, no matter what comes my way. (As I shared a couple days ago in my post about my daddy’s cancer, I’m okay either way … live or die.)

Further, I would never look at the suffering of others and intentionally make light of their dire situations. I say that as something of a disclaimer, because I hope the poem I’m posting today doesn’t seem callous or cruel. My poetry is often rooted in current events, and I write poetry (in part) to make sense of my world. Oftentimes, I write light verse that may seem slightly incongruent with the seriousness of one topic or another. I hope when you will read the poem below, you’ll be assured I mean no offense. It is simply the way my brain works.